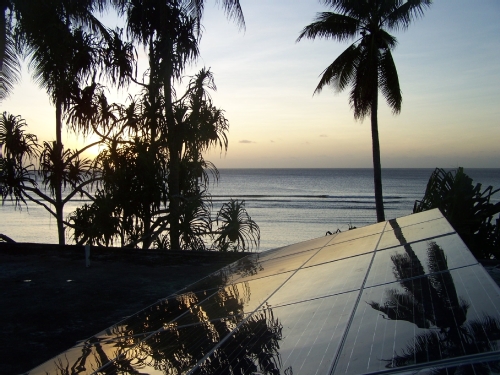 Access to affordable and reliable energy is fundamental to reducing poverty, improving health, and promoting economic growth. Despite this, billions of people world-wide still continue to be without basic modern energy services, reliable access to electricity or clean cooking facilities. Energy poverty obliges many of them, especially women and children, to devote a large part of their time to gathering firewood and hence prevents them from having access to a job and going to school.

To address the need for more clean and efficient energy, accessible for everybody, the United Nations General Assembly launched the Sustainable Energy for All (SE4ALL) initiative and the European Commission announced their commitment to this initiative by setting the goal to provide energy services to 500 million people by 2030 (for the EU's concrete actions, see the latest publication "Empowering Development - Delivering results in the decade of SE4All"). The SE4ALL initiative tackles the global energy issue, but at the same time links it with the fight against climate change and the fight against poverty.

The goal is to meet three inter-linked objectives by 2030:

(2) Doubling the global rate of improvement in energy efficiency;

(3) Doubling the share of renewable energy in the global energy mix.

SE4ALL and the African continent

While the SE4ALL objectives are global, their achievement – especially the success of the first goal - will depend critically on the progress that can be made on the African continent. About 80 per cent of the African population lacks secure and affordable access to modern energy. Individuals and entities are still too often forced to resort to self-generation to obtain their electricity supply, which is particularly expensive, hindering economic growth and competitiveness.

Furthermore, without substantial countervailing action, the effects of climate change will have a big impact on the stability of Africa, as the continent has been identified as one of the most vulnerable regions to climate change, while itself contributing very little to global warming. The continent could be affected in terms of food security, sustainable water supply and extreme weather phenomena such as floods and desertification. A shift to modern and clean energy will contribute to the fight against climate change, by reducing the emission of greenhouse gases.

The EU-AITF supports the SEA4LL initiative with grants through an envelope earmarked for energy projects that qualify under the European Union SE4ALL eligibility criteria, published by the European Commission in July 2013. The Commission has designated the EU-AITF as one of the main instruments to implement the EU’s commitment and has endorsed it with EUR 329 million to foster private sector investment in energy access, renewable energy and energy efficiency projects in Sub-Saharan Africa. With more than half approved EU-AITF operations to date in the energy sector and a strong pipeline of energy projects, the EU-AITF is well placed to assist countries in Sub-Saharan Africa with their adaptation and mitigation efforts. By using renewable energy the countries will be able to improve their energy security and to reduce their import bills.